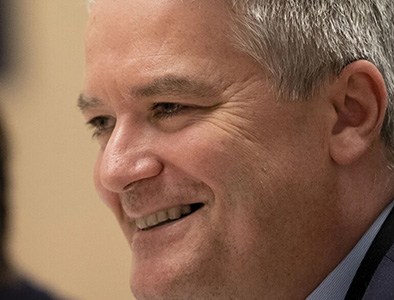 Victoria Police has launched a criminal investigation into two people it suspects are the whistleblowers who exposed how travel company Helloworld gave free international flights to the family of Finance Minister Mathias Cormann.

As Australian media companies campaign for press freedom, The Age and The Sydney Morning Herald have learnt that detectives from Victoria Police's Crime Command attended the homes of two former Helloworld staff members on Wednesday morning and sought to question them about whether they accessed the information.

The information was leaked to The Age and the Herald in February and revealed how Senator Cormann and his family received free flights from Helloworld in 2017, months before the company won a $1 billion travel contract with Senator Cormann's own department.

Senator Cormann booked the family flights directly with Helloworld chief executive Andrew Burnes, who at the time was the Liberal Party's federal treasurer, but did not pay for them. After the story was published, Senator Cormann blamed an administrative oversight and paid $2780.82.