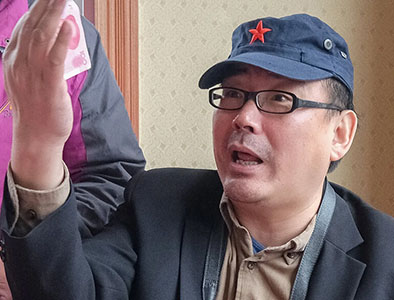 The detained Australian writer Dr Yang Hengjun is being subjected to daily interrogations with his arms and legs shackled, as Chinese security officials try to “break” him, his lawyers say, pushing for him to confess to unspecified allegations of espionage that potentially carry the death penalty.

Yang, an Australian citizen and globally influential pro-democracy political blogger, has been held by China’s Ministry of State Security since being detained in Guangzhou in January. After months held in secret detention, Yang’s conditions of incarceration had eased, but sources with knowledge of his case have told the Guardian his maltreatment was now growing worse.
For some of his incarceration, he had been subjected to a single interview each month during which he was not shackled, but the last 10 days had seen a return to daily interrogation sessions, sometimes commencing at midnight, while his wrists and ankles were held in chains.

Yang is granted one half-hour consular visit each month. His already limited contact from family has been cut off: letters are not being delivered and verbal messages are not being passed on. He has still not been allowed to communicate with his lawyers, after nearly 11 months in detention.