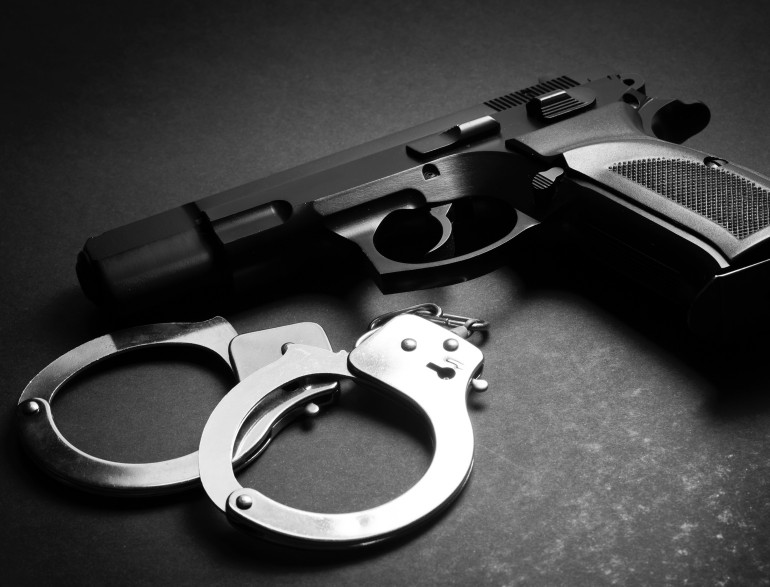 At Stary Norton Halphen we regularly help our clients charged with:

If you are charged with a weapons offence it is important to consider whether you have a lawful explanation for possessing the weapon and if you don’t have such an explanation what might potentially happen to you when you are sentenced.
Depending on which offence, the number of charges you face and the circumstances of the offending the penalties can vary dramatically. It is therefore important you receive advice from a criminal lawyer who has experience with these types of matters.
At Stary Norton Halphen we have that experience.

As defined by the law, assault is either the application of force to another or causing another to fear / apprehend the use of force. A person does not necessarily have to lay a hand on another person in order to have committed an assault. They only need to have threatened to do so. If the police can prove either of these two things, a person will be charged with a summary assault. Although such a charge is the least serious of all assault charges, it still has a maximum penalty of imprisonment—3 months for summary assault and 6 months for an aggravated summary assault (e.g. where the victim is a female or a weapon has been used to effect the assault or the assault occurs in the company of others).

More serious examples of assault always require the police to prove the actual application of force. Furthermore, they must also prove the alleged victim has suffered an injury or numerous injuries and that you have caused them. In circumstances where the police allege you have assaulted a person and caused them an injury, you will be charged with either or both intentionally causing injury or recklessly causing injury. Should the injuries to the victim be numerous or significant, you may well be charged with either or both of intentionally causing serious injury or recklessly causing serious injury.

Causing injury to another is viewed seriously by the Courts and while the penalties vary significantly depending on what you have been charged with, the circumstances in which the allegations arise and whether or not you have a criminal history, once you are charged with one of these offences, in the absence of a viable defence, you are in most instances at risk of a term of imprisonment. In cases involving serious injury charges, in most instances you are at risk of a term of imprisonment of some length.

How serious is my case?

As violent crime covers a broad spectrum of incidents, the seriousness of your case and any subsequent sentencing will depend on the nature of the offence with which you are charged, any aggravating features of your offence and your level of culpability, with regard to the circumstances of your offending and the extent of your involvement in an offence.

Some important matters our criminal lawyers will help you understand include:

What the specific charge levelled against you is?
If multiple charges have been laid, the difference between those charges and whether you have a defence to one or all of the charges, your prospect of successfully defending one or all of the charges and whether or not it would be prudent of you to make a plea offer to one of the charges you are facing?
Whether there is evidence of the alleged crime—were there any witnesses? CCTV footage? Is there DNA evidence?
If you are amenable to pleading guilty the types of plea material you should obtain and the types of rehabilitative courses and treatement in which you should engage to give yourself the best opportunity of receiving the best possible penalty in the circumstances of your case.

What is an Intervention Order?

You can find more information in our dedicated Intervention Orders section.

I’ve been charged with a violent offence—what do I do?

The most important thing to do when charged with any offence is to engage an experienced criminal lawyer as soon as possible so that they are able to provide you with advice as to the process you are facing, how to approach your matter, whether or not you have an arguable defence, the various options available to you and what you can do while your case is progressing through the Courts so as to assist you in bettering your own position.

Am I likely to go to jail?

Violent crimes are treated very seriously by the courts and serious injury charges can and often do carry significant sentences of imprisonment if you are found guilty. Whether or not you go to jail will often depend on the nature of the charge before the Court and the circumstances of the offence. These matters are often the subject of negotiation with police and prosecutors.

When facing a charge of assault, be it because of a fight in public or an allegation of domestic violence, it is of the utmost importance you engage an experienced law firm who can advise you on your case and inform you of the potential outcomes, negotiate with the police or the office of public prosecutions in a strategic way to benefit you, and advocate and defend you forcefully in Court.

Advice from a competent and experienced criminal lawyer before you are interviewed can and often does have a meaningful impact on the outcome of your case and in some instances, is the difference between whether or not your matter proceeds to court or not.